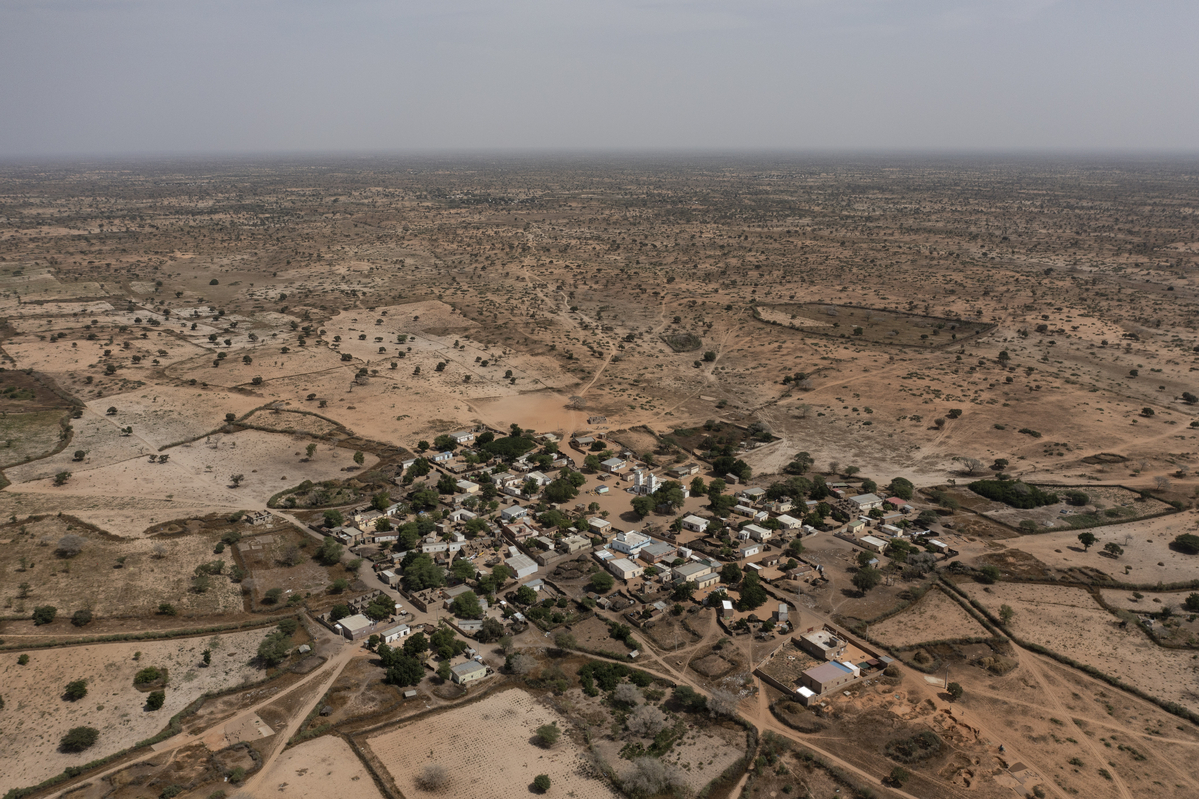 The United Nations-backed initiative, launched in 2007, aims to plant a 5,000-mile belt of trees across Africa’s Sahel region from Senegal in the west to Djibouti in the east.

If successful, the human-constructed forest would sprawl across 603,000 square miles and slow the southward creep of the Sahara Desert toward what’s left of the Sahel’s grazing and agricultural economy.

Advocates for the project, organized under the U.N.-sponsored “Growing a World Wonder” campaign, call the Great Green Wall “one of the most inspirational and urgent movements of our time … that will transform the lives of millions living on the frontline of climate change.”

But 15 years after its launch, most of the Great Green Wall remains unrealized as funding promises go unfulfilled and the first planted forests wither under the very climate change impacts they were intended to buffer. Meanwhile, demand for wood for shelter and charcoal has created an even greater tree deficit.

That doesn’t mean work has stopped; sponsor countries Senegal and Mali have continued to build pieces of the wall under a joint project known as the “Olympic Forest” that will plant 590,000 trees across nearly 5,000 acres of degraded forest and agricultural land.

But funding remains a major issue. According to experts, the Great Green Wall needs an additional $40 billion through 2030 to meet its stated goals. And it’s an open question whether that money will materialize, even as advocates — including 11 African countries that will benefit directly from the Great Green Wall — make another plea at next week’s international climate conference in Egypt, where parties to the U.N. climate accords will chart a course for the future.

“Never before have African countries felt such a sense of urgency to act, adapt and build resilience,” Ousmane Diagana, the World Bank’s vice president for Western and Central Africa, wrote last week for the World Economic Forum’s website. “It is one thing to talk about climate change, but as the African proverb says: ‘Seeing is different from being told.’”

While funding remains the project’s clearest obstacle, planners of the Great Green Wall face other obstacles, including famine, civil wars, genocides and social unrest. Two of the world’s most destabilized countries — Sudan and Ethiopia — are sponsors and beneficiaries of the project. The others — Mauritania, Burkina Faso, Niger, Nigeria, Chad, Eritrea and Djibouti — have weathered their own social, economic and political storms.

Plus, planting hundreds of millions of trees across hundreds of thousands of square miles has few antecedents. China since the 1970s has planted trees across millions of acres in its northern regions to provide wood to remote villages and slow the Gobi Desert’s southward drift, but with mixed results, according to multiple studies.

Next week, leaders of a new International Drought Resilience Alliance, co-led by Senegal President Macky Sall, will bring Africa’s Great Green Wall to the fore again with hopes of inching the project closer to fruition. “I am thinking of the environmental peril, in particular global warming, drought and desertification, and weather-related natural disasters,” Sall said of the Sahel’s mounting climate crisis.

Under its Convention to Combat Desertification, the United Nations last year said it would rescope the project around five core goals under a “Great Green Wall Accelerator” and expand it beyond a “simple tree planting program to propose a mosaic of initiatives in a land-based restoration program for development.”

A 2020 “State of the Climate in Africa” assessment found that climate change effects on the continent “have increased the frequency and intensity of droughts in some regions, lowered animal growth rates and productivity in pastoral systems and produced negative effects in food security in dry lands, among other impacts.”

And as temperatures continue to rise, experts warn parts of Africa will see diminishing returns from long-stalled adaptation initiatives.

“Recognizing that the cost of inaction is far greater than the cost of action is a major point,” Diagana wrote. “Financing adaptation strategies will be more cost-effective than financing crisis responses to more frequent and severe climate shocks.”