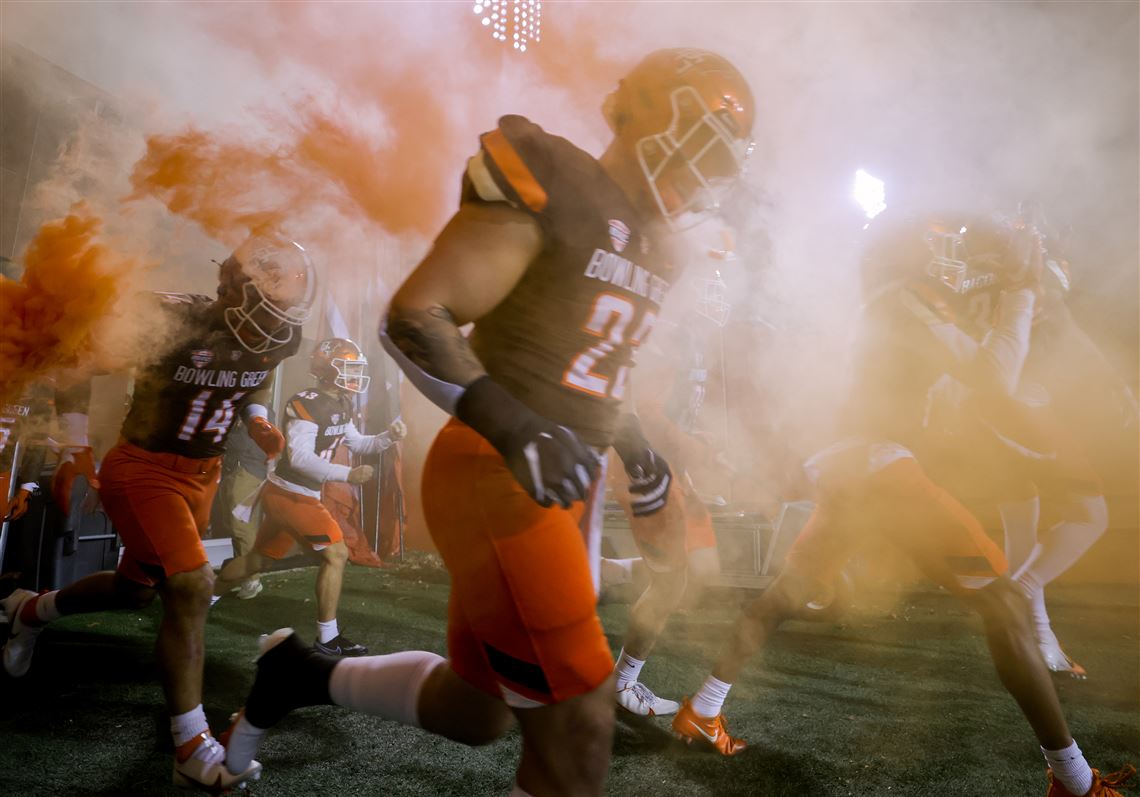 The Bowling Green State University football team’s trip to its first bowl game in seven years is only a drive away.

Bowling Green last appeared in a bowl in 2015 when the Falcons lost to Georgia Southern in the GoDaddy Bowl. This marks the Falcons’ 14th bowl appearance and first under head coach Scot Loeffler.

Bowling Green is coming off a 38-14 loss to Ohio University in its regular-season finale. The Falcons will face an Aggies team that won four of their past five contests, including the final two of the regular season. This is the first time the Falcons and Aggies will square off.

Here is an early look at the Quick Lane Bowl matchup.

Storyline you’ll hear about the most

Can Bowling Green end an inconsistent season on a high note? In year four of the rebuild, the Falcons had their best season since 2015. Bowling Green won six games and became bowl eligible for the first time in seven years.

At times, Bowling Green showed it still has areas of improvement. The Falcons dropped a home contest to Eastern Kentucky in a seven-overtime loss. Bowling Green was held to six points against a Kent State team that allowed an average of 29 points per game. On other occasions, Bowling Green flashed its potential. Those included a three-game stretch of victories, a win over rival Toledo, and a chance to win at least a share of the MAC East and a spot in the conference championship game in the regular-season finale versus Ohio.

“The inconsistencies, we were 6-6 because of what we did January through August,” Loeffler said during Monday’s press conference. “And at times it was awesome, championship ways. I mean, exactly the way it’s supposed to look, and then the next day it’s not. And to be a champion and to play in the MAC championship game, it is 365 days a year of doing things the right way. And that’s hard to do.

Bowling Green took strides in its fourth year of the rebuild and has a chance of another step forward on Dec. 26. The Falcons face a New Mexico State team in its first season under coach Jerry Kill, who previously served as head coach at Northern Illinois (2008-10) and Minnesota (2011-15).

“They started off the season slow, but they’re a pretty good team,” BGSU senior center Jakari Robinson said during the news conference Monday. “And now they’re motivated just like we are. Just making sure we match that energy and set the tone.”

New Mexico State’s dual-threat quarterback versus Bowling Green’s front seven. Diego Pavia, the Aggies’ junior quarterback, has completed 84 of 161 passes for 1,283 yards, 11 touchdowns, and five interceptions. He has also rushed for 443 yards and six touchdowns on 81 carries. Pavia’s 443 rushing yards is second-most for the Aggies.