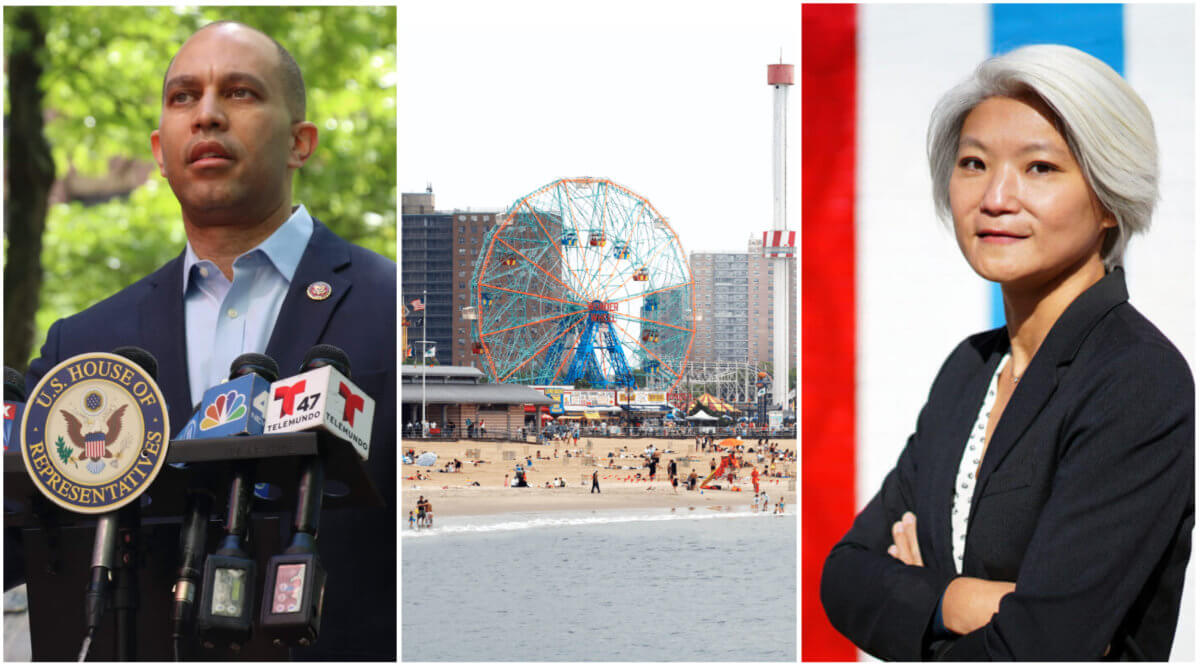 We’re past Thanksgiving and Brooklynites are looking forward, toward the rest of the holiday season and the promise of a brand-new year. But, before we get too far ahead of ourselves, let’s take a look back at the biggest stories we wrote in November.

The midterm elections brought some big changes to local politics, and, just weeks later, Brooklyn Congressmember Hakeem Jeffries was elected House Minority Leader. Coney Island took the spotlight last month, with big plans for local infrastructure being made – and cancelled, and pathways for renewable energy will soon open in Kings County. Here are the stories that will impact Brooklyn long past New Years’ Day:

Brooklyn Republicans celebrated as the Red Wave topped a handful of Democrats in southern Brooklyn. The jewel in the conservative crown is Nicole Malliotakis, the borough’s only congressional Republican, who handily won re-election in NY-11, the city’s only swing district, but three Democratic incumbents in the state Assembly lost to their Republican challengers.

More than a week after the midterm elections, Iwen Chu — the Democratic Party and Working Families Party candidate who started making waves last April by collecting signatures from more than 5,400 prospective constituents — finally declared victory in the nail-bitingly close race, defeating Republican challenger Vito LaBella by just a few hundred votes. Chu will represent a new Asian-majority senate district, which was created by the arduous redistricting process this year.

Sections of the BQE’s crumbling triple cantilever will be closed for three weekends between March and October next year while “emergency repairs” are made to areas around Clark Street, Grace Court and the Joralemon Street garage, said a representative of the city’s Department of Transportation. The DOT has determined the sections being tackled during these closures are the most in need of repair, and the fixes should extend their lifetime by 10 to 15 years.

Brooklyn Congressmember Hakeem Jeffries was quickly named the frontrunner to become the House Minority Leader after former Speaker Nancy Pelosi announced she would be stepping down — and climate activists were quick to raise concerns about what they called his “weak record on climate action.”

“It is essential that congressional leadership at least entertain solutions commensurate with the challenges we face,” said organizers with Food & Water Watch. “Rep. Jeffries should show the courage and leadership on the climate and support the Green New Deal.”

Plans for a Coney Island ferry have been cast to sea for the foreseeable future. The creek-side option — selected for its seemingly simple construction, according to an Economic Development Corporation spokesperson — was met by opposition from local residents, and eventually hit a snag after construction began in 2021. The agency then explored the possibility of an oceanside ferry — but that route isn’t quite feasible, at least for now.

By 2025, Con Ed expects to complete components of the Reliable Clean City projects, that will connect power plants in Gowanus, Park Slope, and Staten Island. Together, the roughly $800 million projects will add about 900 megawatts of transmission capability in Queens, Brooklyn and Staten Island.

Saratoga Casino Holdings, the Chickasaw Nation, and Legends have joined Thor Equities bid for a “comprehensive casino, hotel, and entertainment proposal” in Coney Island as the state prepares to issue three new casino licenses in downstate New York. Not everyone in Coney Island is convinced the potential casino will really benefit the neighborhood, which relies heavily on seasonal tourism to drive its local economy.