During his two-day visit to India this week, UN Secretary-General António Guterres visited a model project site in Gujarat state, designated the country’s first solar-powered village. He commended villagers there on the shift towards renewable energy, which he said is not only changing lives in the community, but also combating climate change.

Gadvi Kailashben, a 42-year-old widow, lives in Modhera, home to the centuries-old Sun Temple and now the first village in India that runs on solar energy.

She earns a meagre income from agriculture which she uses to take care of her family. The Government has installed solar panels on her house which has given her much-needed relief from household expenses.

“Earlier, when solar was not there, I had to pay huge amount for the electricity bill – close to 2,000 rupees. However, with the installation of the solar, my electricity bill is now zero. Everything from the refrigerator to washing machine now runs on solar in my house. I am not paying even 1 rupee electricity bill now,” said Ms. Kailashben.

“The extra money is now saved in my account. I use that money for daily house expenses, and for the education of my children,” she added.

Renewable energy as an income source

Conversion to a clean, renewable energy source is not only enabling the villagers to run more electrical household gadgets to make life comfortable, without worrying about the electricity bill. It is also becoming a source of income for them.

Ashaben Mahendrabhai, 38, lives with her husband and two children. “We work in our farm and used to pay huge electricity bill for agriculture. Since solar installation in our village, we are now saving a lot of electricity. Earlier our electricity bill used to come around 2,000 rupees. Now it is in minus,” she said.

With the electricity bill in minus, Ashaben is not only saving the money that she used to spend on electricity, but the excess electricity generated is sold back to the grid and she gets money in return.

“When the first time the project team came to us with the idea of solar, we didn’t understand the concept, so we refused to get it installed. We were not literate to understand what solar energy was and had little knowledge about it. But slowly, the team made us understand the concept and the advantages of solar, how we will save electricity and money, then we got interested in it,” she said.

Local farmers Pingalsinh Karsanbhai Gadhvi and Surajben Gadhvi, who are married, got  solar rooftops installed on their house six months ago.

Pingalsinh Karsanbhai feels that this project has not only given them freedom from electricity bills, but the savings will hold them in good stead in old age.

“Earlier we used to get electricity bill of 3,000 rupees and after solar it is zero now. Now we are saving those 3,000 rupees every month,” he said.

He exclaimed that “this saving is like a pension for our old age. We are really happy about it.”

His wife Surajben was all smiles and eager to recommend it for other villages.

“If this solar is installed across the country it would be really advantageous. It feels like the Sun God is providing us energy through its light. This benefit that our Modhera village has got, should reach the entire country,” she said.

Interacting with the villagers of Modhera during his visit, UN Secretary-General António Guterres hailed the efforts of the Government and the residents.

“Here where the Temple of Sun was built 1,000 years ago, there is a new Temple of Sun. It’s based on solar energy. And the fact that solar energy is transforming the lives of the people of this village, making it more healthy, giving them more prosperity, but at the same time, contributing to rescue our planet from climate change that is still riding without control.”

Inspiration from the Sun God

Home to the iconic Sun Temple of Gujarat, Modhera village is approximately 97 km from the city of Ahmedabad in the Mehsana district of Gujarat.

With the vision of powering the Sun Temple and the entire village through Sun God (solar energy), this project is the first of its kind, where rural residents are envisaged to be self-reliant through green energy.

“The idea behind this project is that since the Modhera temple is the Temple of the Sun God, so the entire energy of this town and community should come from solar energy,” said Mamta Verma, Principal Secretary, Energy and Petrochemicals in the Government of Gujarat.

Armed with a large array of solar panels on the rooftops of houses, on Government schools, bus stops, utility buildings, car parks and even the premises of the Sun Temple, Modhera benefits from the six-megawatt installed capacity power plant in nearby Sujjanpura village.

With the village consumption merely one to two megawatts, the excess is added to the transmission grid.

“There are three major components to this entire project. One is our ground mounted 6-megawatt project. The second is the 15-megawatt battery storage system and the third is the one-kilowatt rooftops installed on 1,300 houses,” the Chief Project Officer of Gujarat Power Corporation Limited (GPCL), Rajendra Mistry, explained.

“Out of the 1,000 rooftops we have provided in the village, the electricity that comes out is first consumed by the people of the village, and the excess electricity is then given to the grid.”

Funded by the Government of India and the Government of Gujarat, the estimated cost of the entire project is $9.7 million. What sets it apart is the fact that Modhera is also the first village to become a net renewable energy generator.

“This is the first village in India where even during the night, the energy consumed by the villagers comes from the solar component. That’s the speciality of this project,” said Vikalp Bhardwaj, Managing Director of Gujarat Power Corporation Limited.

Vision for the future

This demonstration project is expected to provide learning to resolve bottlenecks related to renewable energy. If the project proves to be economically viable, the plan is to replicate it in other rural areas in Gujarat.

“I would encourage the other villages also to put solar as it is beneficial in all aspects, from saving money to saving electricity,” she said. 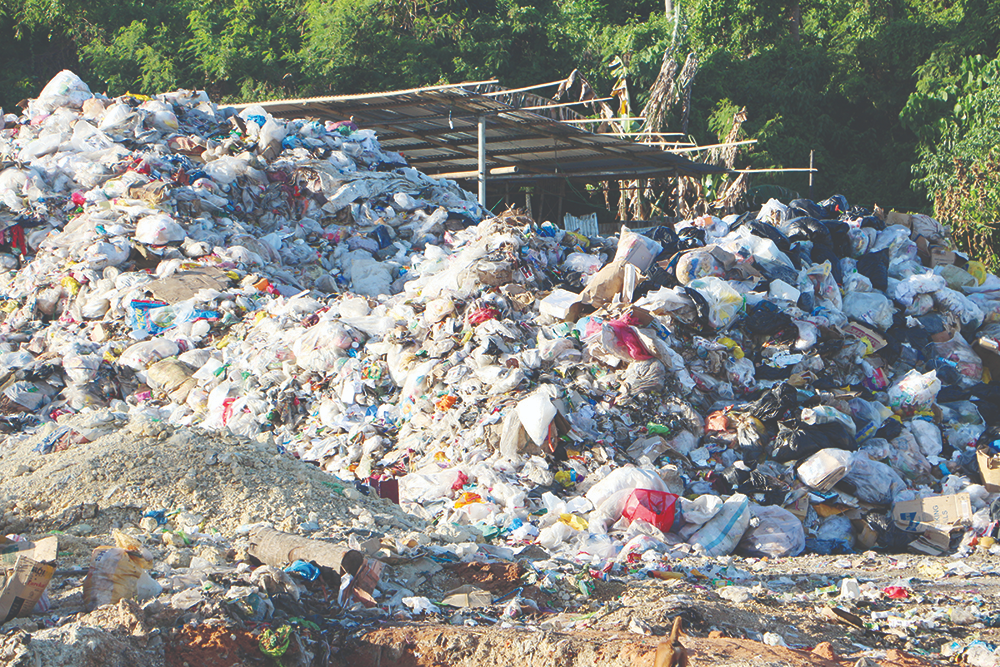 Plastics are used extensively in agriculture, from plastic-coated seeds to protective wraps used to modify soil temperature and prevent weed…

During his two-day visit to India this week, UN Secretary-General António Guterres visited a model project site in Gujarat state,…